Building the Story of your Team’s Identity, on and off the Court with Houston Rockets’ Director of Digital Content Strategy, Steven Goldfried

A sports team’s image is a complex mosaic created with team successes and failures, individual player personalities, public perception and social issues. Building a team’s public ‘identity’ goes far beyond creating a brand – a team is a complex organism that evolves and reacts as it moves through the world. As the Director of Digital Content Strategy for the Houston Rockets, Steven Goldfried wrangles with this problem every day – how to stay authentic and tell stories that are meaningful and represent the goals and personality of the team. We caught up with Steven to chat about the similarities (and differences) between sports and mainstream media, the key to telling powerful stories, and the challenges involved in trying to get to know each individual fan.

Thanks for speaking with us, Steven. Can you tell us a little about your career and how you came to your current role?

So my background was in film, TV, and social media (though this was way back when MySpace was the number 1 social media platform!). I have an unusual path when compared to other people in the industry. Most people start in the sales or ticketing departments and then work their way up. However, the NBA (and sports in general) are an entertainment product—so that’s where my experience really comes in handy.

There are lots of similarities between film/TV and sports. You have long days and it’s a bit of a grind. You try to pack a year’s worth of work into 9 months. You also need to be highly detailed and methodical in your work for both industries—so this is definitely something that I brought with me from my time in film and TV.

Currently, I wear quite a few different hats—but I technically sit within the digital marketing department and report to our Senior Director of Digital Paul Suarez and the VP of marketing Ken Sheirr. I oversee the production, distribution, tracking, and analytics of the Rockets’ digital content (whether it’s on Facebook, Instagram, Twitter, Snapchat, YouTube, Sina-Weibo, or TikTok). My primary goal is to increase our fan engagement, but I have a number of peripheral goals as well. For instance, I’m working hard on how to monetise our content. I also take a front seat when it comes to testing out new software to help increase engagement, and I focus a lot of time working out how we can leverage partnerships to increase brand awareness.

How does working for a sports organisation compare to the film and TV industries?

There’s certainly a lot of crossover, specifically when it comes to producing watchable content, but I think that there are a lot more dimensions to producing content for a sports team than for producing something for TV or film. For example, we regularly engage with other teams—the Sacramento Kings, for example, post a lot of memes on social media and we often respond with our own tongue-in-cheek content.

Our social presence is essentially the living, breathing embodiment of our organisation (and, more specifically, our team). When you work in film and TV, you produce one standalone piece of work and you don’t have as much of the back-and-forth. With sport, however, there’s always an opponent you can engage with—whether that’s on or off the court. Competition is part of the appeal.

The NBA is a great league to work in—they’re really open to teams putting out content and furthering the rivalry off the court as well as on it. It’s pretty good-natured and the teams are all business partners, so we all benefit from increased fan engagement.

I also feel far more involved in wider societal issues than I did when working in film and TV. For example, the Rockets is really involved in the local community—we’ve been doing food drives during COVID-19, we were one of the first teams to open up our arena for voting, and we’ve been very active in encouraging people to vote. Our players are really vocal about social justice so it’s been a real privilege helping to amplify the various voices of our team.

What similarities did you find between the content you were producing in the film/TV industries and the work that you’re doing now?

I think they’re both guided by one main principle: the story. The story is everything. Whether you’re putting out a three-hour-long film or a 10-second video, you need to be telling a story. We’re pretty lucky in the NBA because there are so many different storylines already built-in: previous encounters between teams, changing personnel, the story of each game, each player, each season –  There’s always something for us to focus on. Plus, there’s also the Rockets’ overall story: who we are as an organisation and what it means to be part of the team.

Engagement is always a reflection of the stories that you tell. So while you might chase engagement itself, the right approach is to chase producing great stories. If you do, engagement will follow. 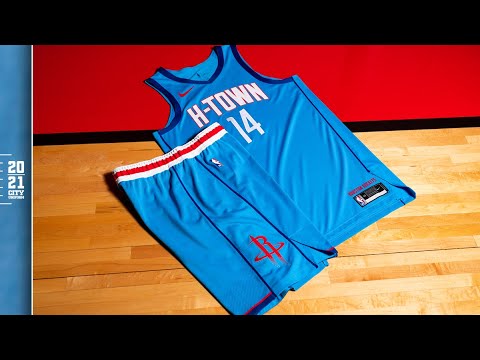 So what’s your storytelling process?

Hmm, this is quite difficult to answer… It’s pretty much second nature to me right now rather than being a set formula. However, I’d generally say it follows this rough process:

You’ve clearly got a strong creative vision. How do you use technology and analytics to enable sharing that vision?

I’m always looking for any kind of edge that I can get. This might involve: 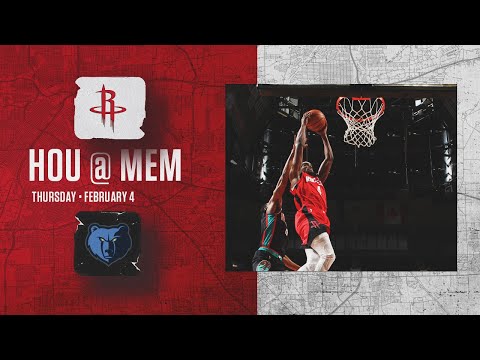 And how important is mobile to your overall strategy?

Mobile has been massive for us, especially during the hiatus from the regular season due to COVID. We actually worked with our regional sports network to organise an auction for COVID relief—the entire organisation and auction process itself was all done through our app. We’ve generally seen web usage go down and app usage go up, so our app has recently become front and centre of everything that we do. It gives us great insights into the users.

How do you tackle the struggle of proving the ROI for social content?

I agree, it can be pretty difficult trying to measure the ROI of social efforts. All engagements are not equal—for example, a comment is more valuable than a like. And the more we know about each fan, the more valuable the engagement. So the big numbers (e.g. how many people viewed a post) are interesting, but the long-term value comes from knowing who the fans are and working out what they like – and most importantly, what they might spend money on.

We generally keep in mind that our primary agenda is to sell more tickets and build profitable corporate partnerships. If our content is performing really well on social media and this corresponds to high ticket sales and profitable partnerships, then that’s essentially the ROI right there. When it comes to the content itself, we’ve also been able to point to quite a few specific numbers during my tenure. For example:

So sure, it’s hard to work out the precise ROI of a specific video or post—but when you take a step back and look at macro-level changes over a number of years, the ROI becomes a lot clearer.

What are some of your biggest challenges at the moment?

Our biggest challenge is trying to get to know each individual fan (rather than viewing them all as one large homogeneous group). We have 31 million followers across all our platforms—so breaking that down and understanding who cares about what is always going to take a lot of work.

Winning is obviously another challenge—fans want their team to win all the time, that’s just the nature of sports in general. We obviously can’t do much about how the team performs on the court. What we can do, however, is work out how best to deal with a loss. There’s usually a lot of negative sentiment on social media after a loss, so we need to empathise with our fans while also still sticking up for our team. There’s a very fine line there.

Marketing at scale also requires scheduling, though this can be tricky to say the least. We can’t schedule posts congratulating the team if they end up losing the game, for example, so we really have to stay in the moment and be ready to respond to things as they happen.

Our whole digital content strategy relies on blending authenticity with spontaneity – at the end of the day it’s certainly challenging, but most of all, we’re basketball fans too, so the challenge is lots of fun.

Sign up for our newsletter, participate in future articles or get help with your Data, Analytics, Product Development, and Marketing Automation. Sign up Here →